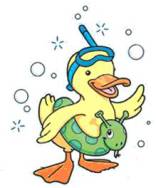 If you have any queries or wish to make an appointment, please contact us:

Get social with us. 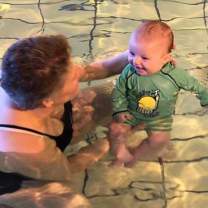 (Debbie.)
I first qualified as a RLSS teacher in 1993, aged 21,whilst pregnant with my first child, however I had been teaching alongside teachers since I was 15 years old. I swam with Hinckley Winter Junior lifesaving and started coaching from around the age of 13. I continued to support them there very closely for many years.

I became a qualified ASA teacher after helping at my college swimming lessons having found the joy of teaching and its rewards.Needing a challenge many years later I became a corporate snorkelling instructor.

I competed myself from 7 years to 13 years with Leicester penguins, although I chose to do my qualifying coaching hours with Hinckley Swimming Club, as my tutor was also a coach there. I thoroughly enjoyed these challenges and unfortunately I had to stop swimming after a cartilage injury from a game of Hockey.

I’m a mum to 3 wonderful children 2 of whom have followed me into the industry. My eldest now has his own career, outside swimming but he is requalifying and will be back in July. My daughter is also now a level 2 Swim teacher.

I have taught in both public and private sectors but due to the success of JKM I decided to take the challenge and concentrate all my efforts on expanding and fine tuning JKM Swim Schools. This proved to be the right decision as I am now about to open my 5th Swim School. It has allowed me to ensure that everyone teaches to my exacting standards and high quality customer care, both of parents, grandparents, carers and of course most importantly, the children.

JKM came from the initials of my 3 children.

We are available for lessons in Shepshed, Loughborough, and Warwick on a weekly basis, and Rugby in the school holidays.

We cover stages 1 to 10 of the national teaching plan as well as RLSS Rookie Lifeguard, and parent and toddler sessions. Lessons are available Wednesday and Thursday in Warwick. Monday to Sunday in Shepshed and Saturday and Sunday afternoons in Loughborough.